I was recently invited to do another collaboration.  Scott Hatt started his version of The Exquisite Corpse.  This can be done with writing as well as by visual art.  Here is a definition.

Exquisite corpse, also known as exquisite cadaver (from the original French term cadavre exquis) or rotating corpse, is a method by which a collection of words or images is collectively assembled. Each collaborator adds to a composition in sequence, either by following a rule (e.g. "The adjective noun adverb verb the adjective noun," as in “The green duck sweetly sang the dreadful dirge”) or by being allowed to see only the end of what the previous person contributed.

For Scott's version we each made a set of 3 collage starts.  The background is 8 inches wide by 9 inches tall- we each did a third.  This set is done with Scott Hatt, Tony Melser and myself. 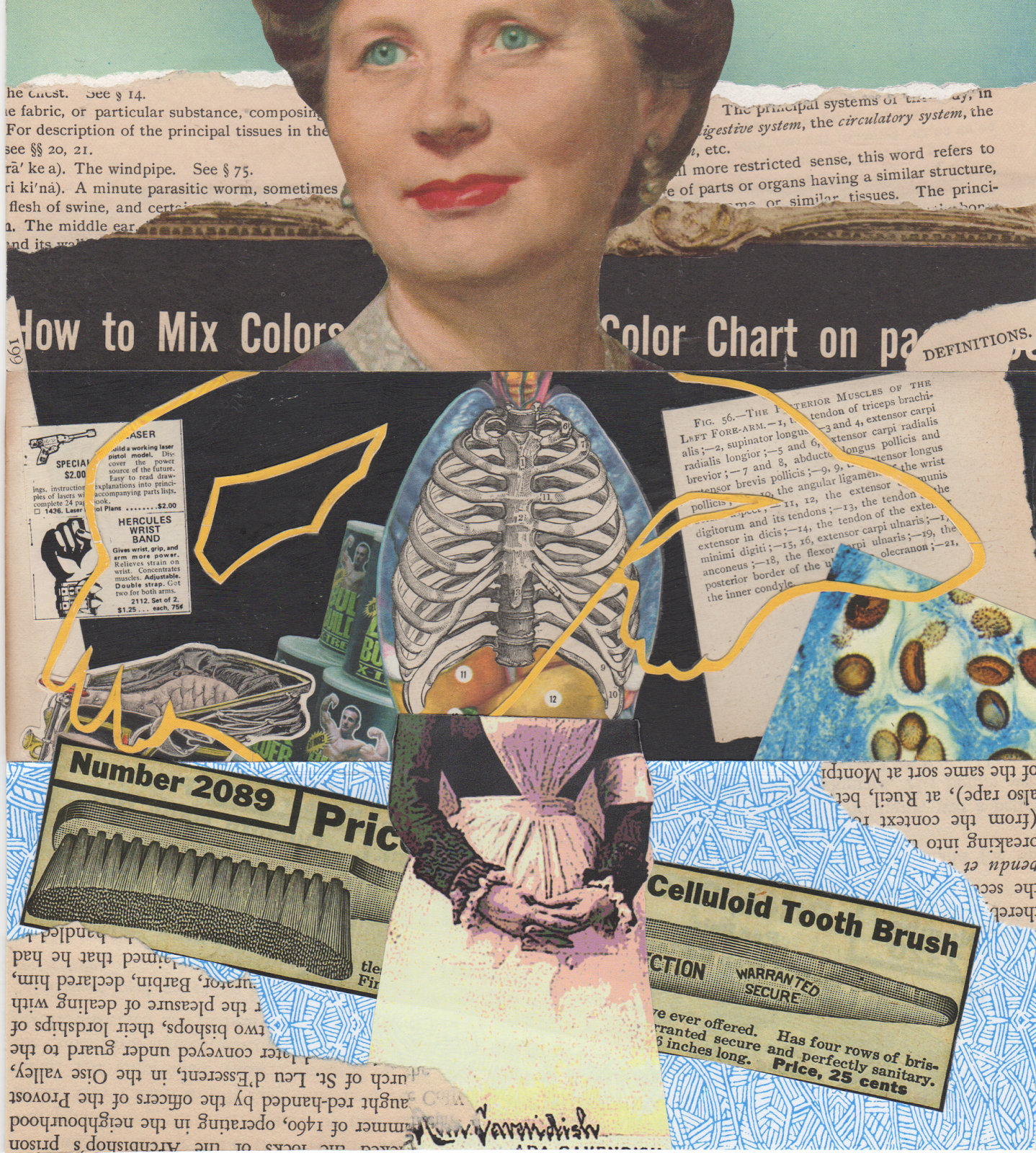 In this one Scott did the top third, Tony did the middle and I finished it yesterday with the bottom. For this one- Tony did the top portion and Scott had completed the bottom and yesterday I finished with the middle section. In this final one Tony did the bottom and Scott did the middle and I did the top section.

When I was in California in February we had an art  journaling session at Irene Rafael's home.  We decided to continue our spreads by taking turns giving prompts.  Prompts are things like add text or paint over an area you don't like or add so many pieces of ephemera.  So the following pictures are the different stages of my journal spread in this process.  I have loved this process. 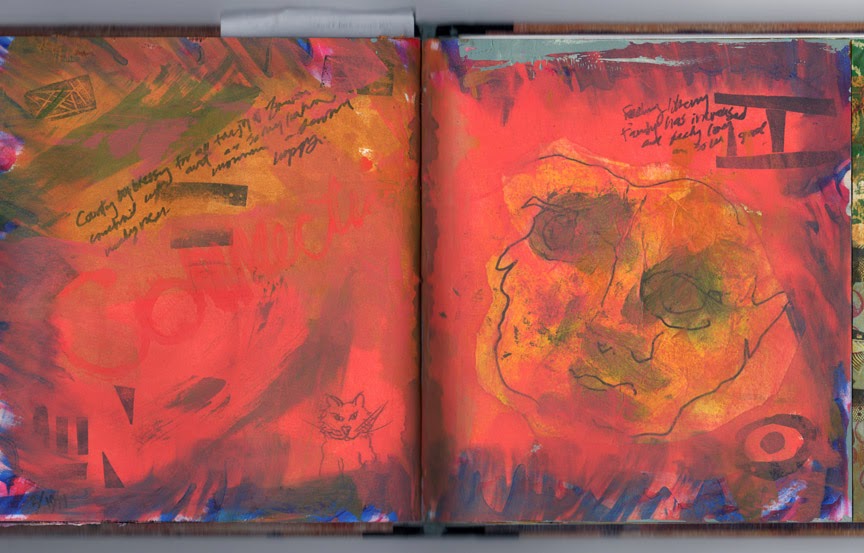 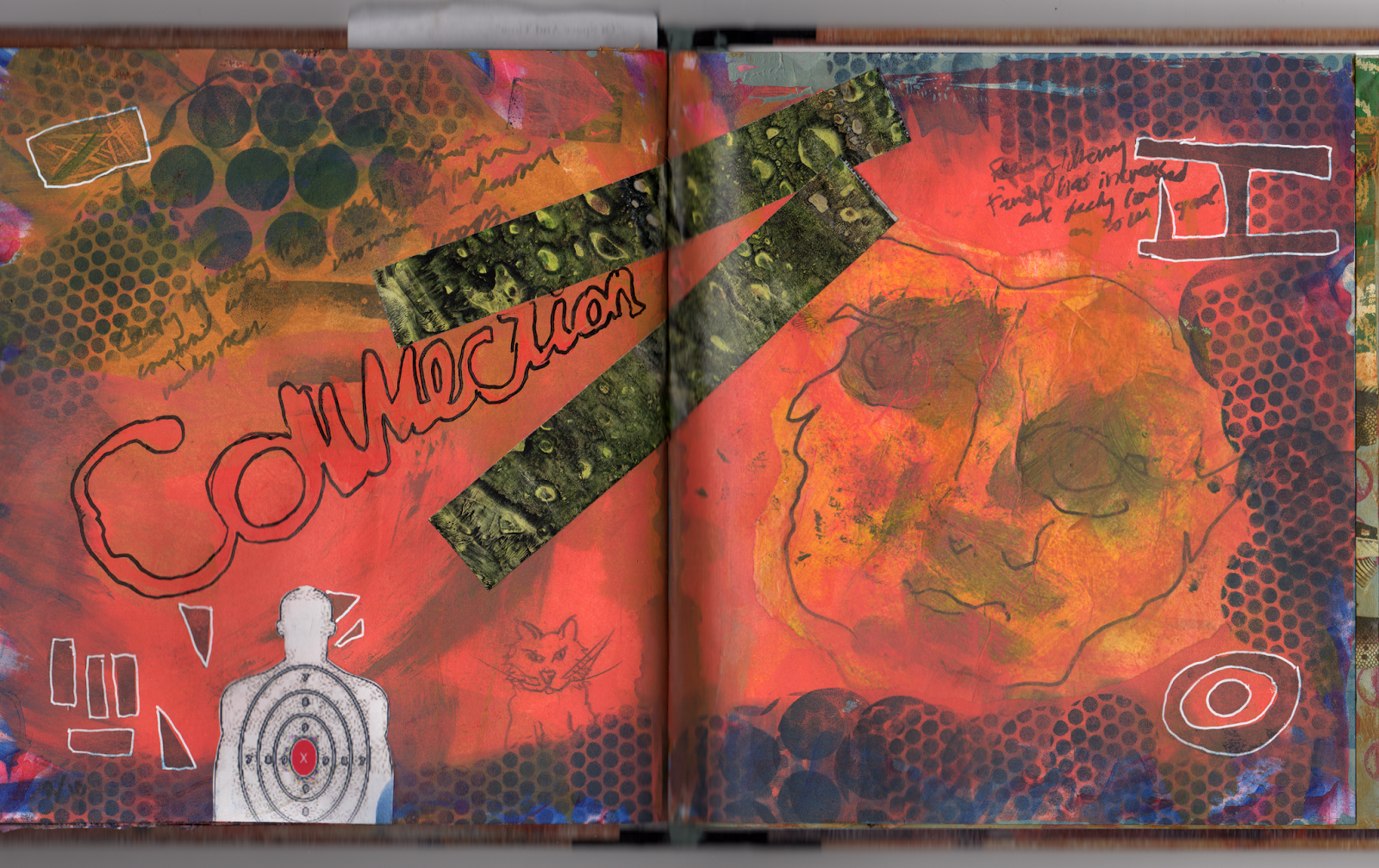 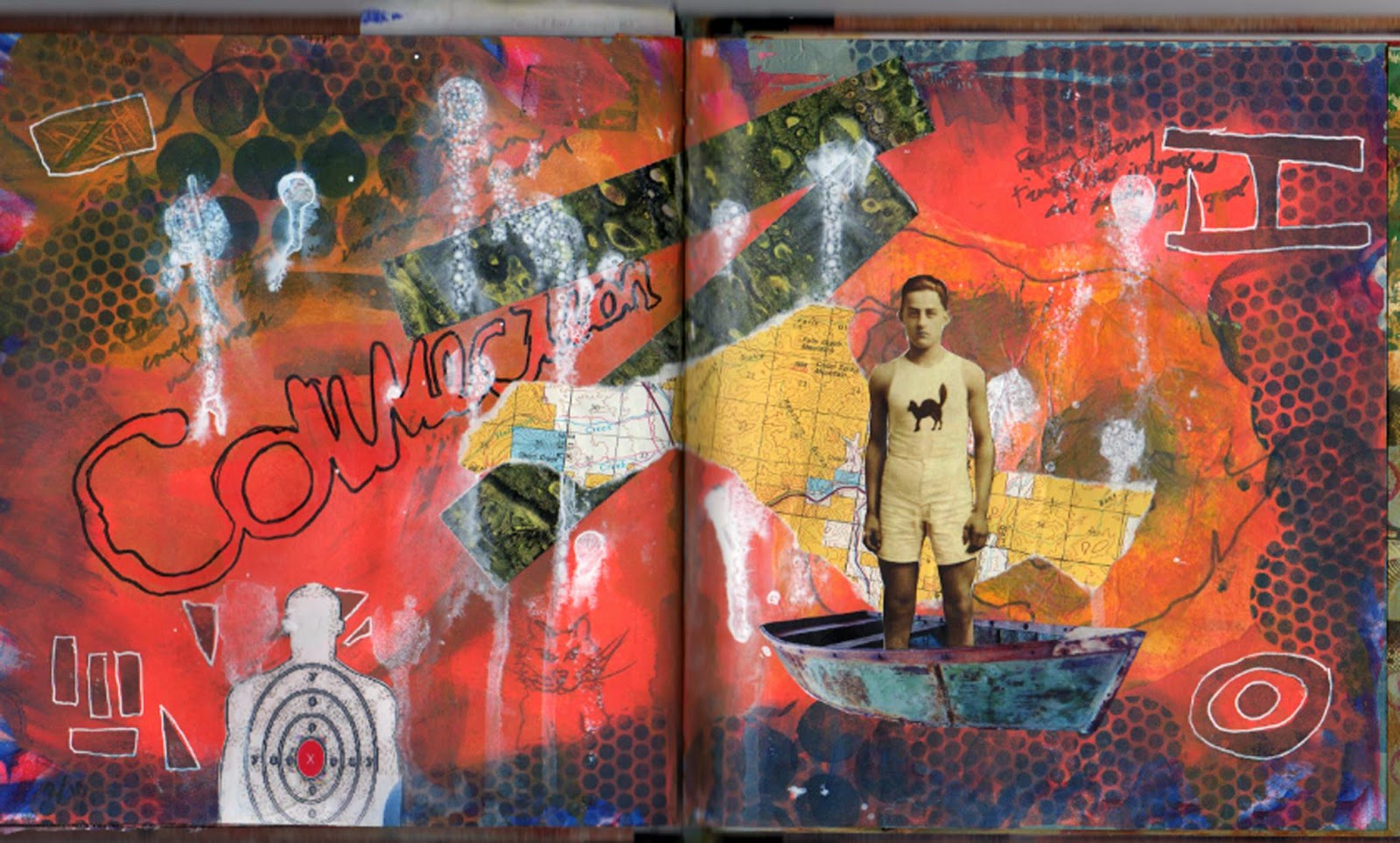 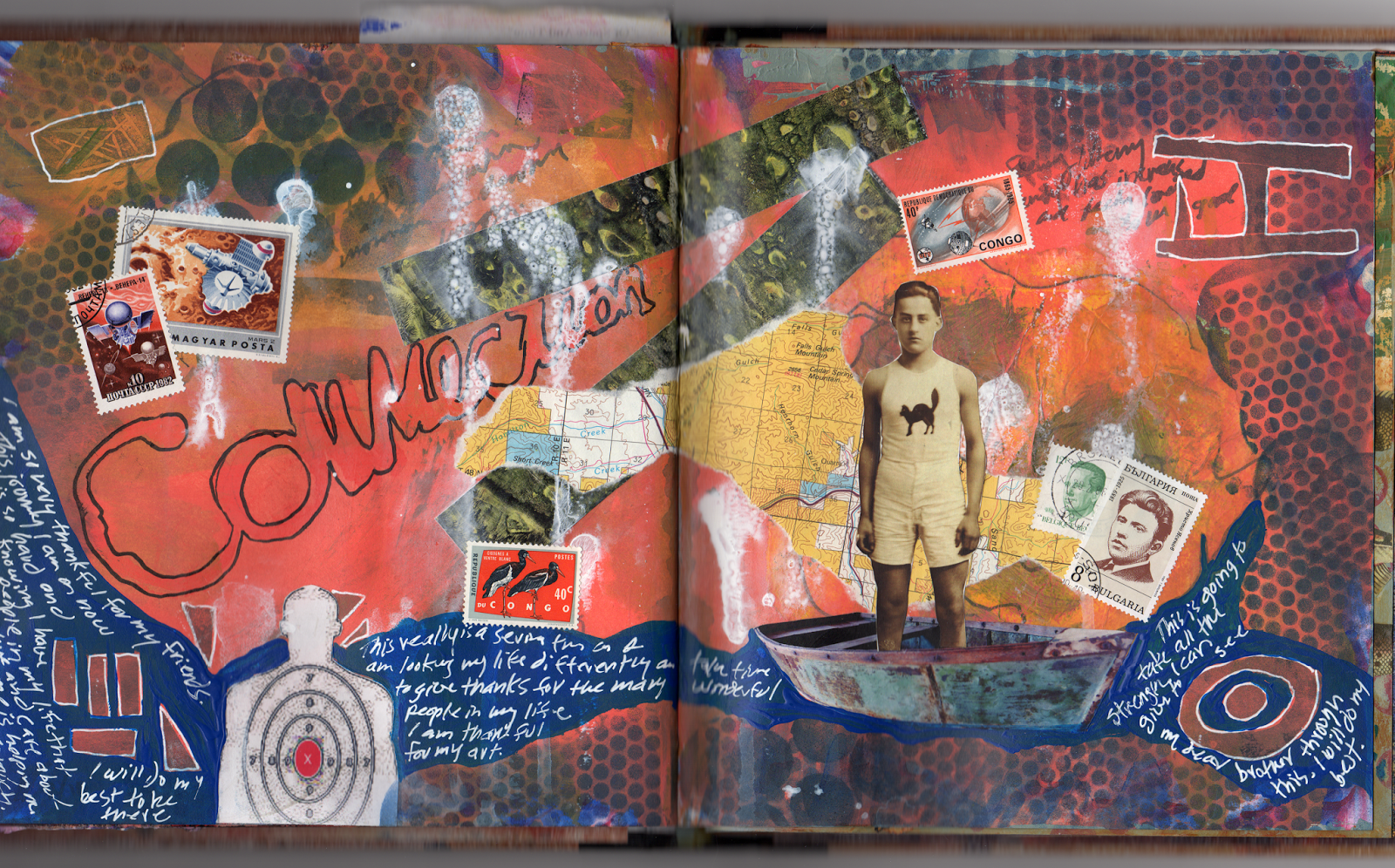