There are just 4 spots left in our class, Journeys in Art Journaling.  It's on Whidbey Island near Seattle. The class is August 8th 9th and 10th.  John Arbuckle, Brian Kasstle and I have lots planned for this.  See details below. 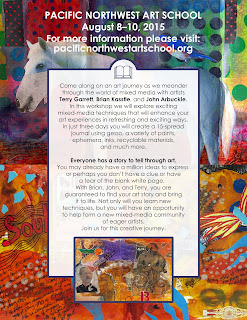 Below are some journal spreads. 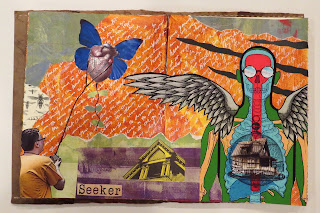 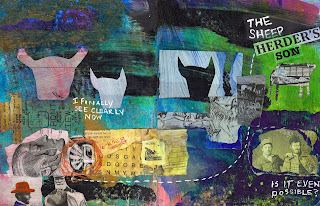 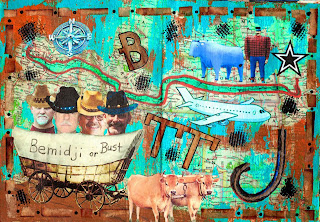 Have Been Art Busy

I will share some journal pages that I have worked on recently-I really hardly believe that July is almost half over.

This spread below was done while the guys were here- we do a prompt session- take turns giving prompts and then we do them in the journal- some of the prompts include working on each others spreads. 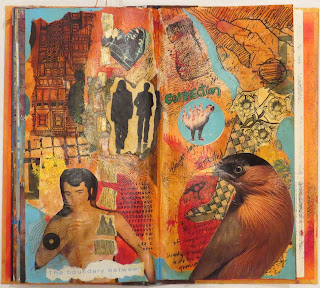 The spread below is one I did during the retreat as well-  This was such a wonderful time. SO very grateful for such good friends. 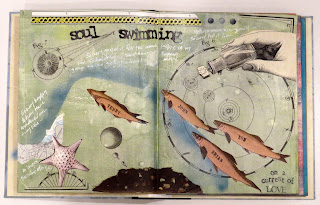 This last spread I did shortly after the Supreme Courts ruling on marriage equality.  It's such a wonderful thing.  The joy was tempered quickly by the backlash from the haters.  The sad thing is that while gays and lesbians can marry in all states- some are meeting resistance from horrible county clerks.  Also what many don't realize is that in many states gay people are not protected from discrimination.  So you can marry but they can deny you housing- fire you from your job and other things too numerous to mention them all.  Still I didn't think I would see this in my lifetime.  My spouse and I celebrated 39 years together at the end of June- we married when it became legal in Minnesota-so we have 2 anniversaries. 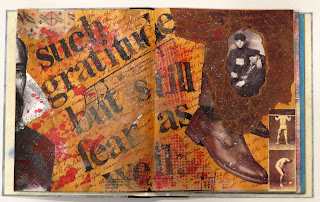