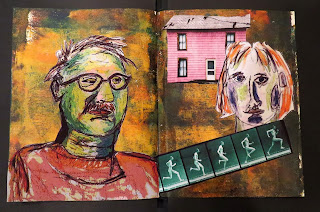 June 9 at 4:00pm ·
Seems like ages since I have posted- and it has been a while- I just finished an online class with Lynn Whipple Making Faces. Totally out of my comfort zone but I had a great time Lynn is a wonderful teacher. I have scanned and played with some of my faces and wanted to use them in my journal. We have spring early summer up here in the northern part of Minnesota- our lilacs are just past peak now the smell on the deck from them is intoxicating and there have been many many butterflies. I try to focus on that- so much else of what is going on in the world is so ugly right now- finding the balance between being informed and being flipped out is a hard one. This quote by Jean-Michel Basquiat is one I love:
I don't think about art when I am working.
I try to think about life.
My journal is where I run to. 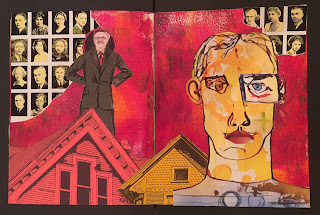 June 10 at 3:44pm ·
Had some journal time today- used another face I made in the Making Faces class. I have been reading a book again- I got it in 1991. It is full of short quotes that really get to the heart of things. Illuminations Visions for Change, Growth and Self-Acceptance by Stephen C. Paul. This one really has stuck with me as I deal with big life changes.
Every time you let go of something limiting, you create space for something better. 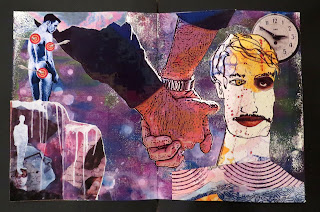 June 13 at 4:18pm · Still loving the faces. I was also thinking about something I read- so this spread is about that. June is pride month for the LGBT communities. As always there are some very hateful things being said. This was a response someone gave to a hater.
Gay pride was not born of a need to celebrate being gay,
but our right to exist without persecution. So instead of wondering why there isn't a straight pride movement,
be thankful you don't need one.
Sometimes there is a reward for hanging onto things. I came across a whole bunch of photographs that I took and then altered and printed out long long ago. So that's what the backgrounds are for this set of collages. 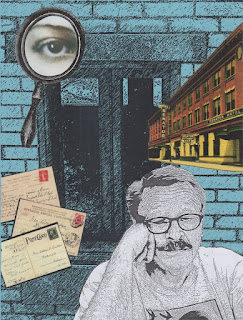 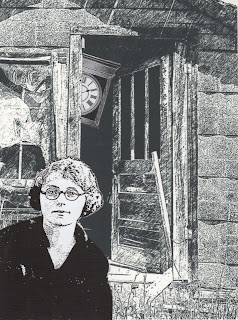 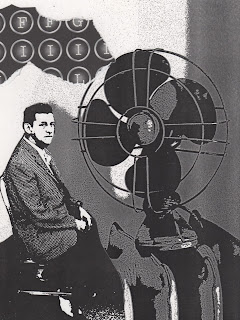 Uncle Jack Was Always Too Hot 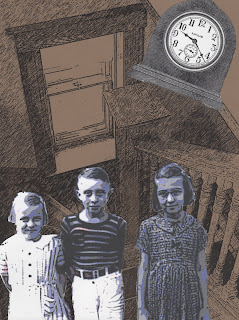 Stairway of Memory
This is my father and his two sisters. 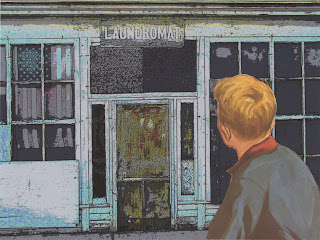